Rawlinson Partners is known for working with its clients in complex situations or periods of development or transition, and offers solutions based on leading edge innovation and thinking.

Iain Rawlinson is a qualified barrister, businessman, social enterprise investor and trustee.  He is the founder and principal of Rawlinson Partners Limited.  He is also Co-founder of www.crowdcaster.com, the social broadcasting platform whose mission is “Giving People a Voice”.

Iain is also a non-executive director on the Board of The Parkmead Group and is Chairman of the Development Board of Tusk Trust.

Iain was educated at Birkenhead School, the University of Cambridge and the Inns of Court School of Law. He has a BA (MA Cantab) in Law, and was called to the Bar of England and Wales in 1981.  He is also a qualified mediator through the Centre for Effective Dispute Resolution in London (CEDR).

Iain has a background in banking and investment gained with Lazard, Flemings and Fleming Family & Partners. After Cambridge and an investment banking career based in UK until 1994, he was appointed to  Johannesburg in South Africa to build up and manage Flemings’ investment banking presence across Southern Africa – where his focus was on domestic and international corporate finance and capital markets transactions with a focus on emerging markets.

Following the sale of Robert Fleming in 2000 Iain was invited to coordinate and lead the design, establishment and management of the business of the new Fleming family office – Fleming Family & Partners.  After introducing key management into this business, and holding various senior positions in this group until 2005, he became independent.

Under the Rawlinson Partners structure, Iain has been engaged with a range of business and charitable projects, many with a leadership, business transformation and/or capacity building, and modernisation themes.  These projects range from advisory assignments to taking up full time senior leadership positions in executive or active non-executive director, and trustee, roles.

In the period 2005 to 2009 his appointments emphasised responsible investment in natural resources, conservation and the environment, good governance, and exposure to emerging markets in Africa, the Middle East and Asia. From 2004 to 2010 Iain was a Non-executive Director of Dana Petroleum PLC until its successful sale to KNOC, and in that year transferred as a Non-executive Director to the newly established Parkmead Group, the successor independent oil and gas company focused on the UK and Netherlands lead by Executive Chairman, Tom Cross.  He was Non-executive Chairman of Lithic Metals and Energy Limited, a listed natural resources exploration company focused on Africa, Deputy Chairman of Edgo Energy Limited, an upstream oil and gas business based in London and Dubai associated with the Edgo Group (the Jordan-based oil services and investment group). His interests in the environment and conservation sectors included his appointment as a Non-executive Director of Sindicatum Carbon Capital Limited, a global developer of carbon abatement and renewable energy projects backed by Citigroup and other financial institutions in UK, USA and Middle East.

From 2009 to July 2014 Iain was Executive Chairman of The Monarch Group leading its modernisation and reshaping into a group of complex, inter-related, industrial businesses having an aggregate turnover of £1billion and 3000 employees.

From 2014 Iain resumed work on a range of advisory and entrepreneurial assignments.  In July 2015 he announced the creation of the social broadcasting application – www.crowdcaster.com – with its first alpha version launched on 8 September 2015 followed by release of the first complete feature set on 31 August 2016.  A relaunch of the application is expected in July 2019.  In 2016 he was appointed a Practitioner Fellow at the Centre for Social Innovation at the Cambridge Judge Business School, and in 2017 he was appointed a Non-executive Director of the Royal Bournemouth and Christchurch Hospitals NHS Foundation Trust.  He advised on the creation of the new strategic advisory firm, Vico Partners, which was established in September 2017.

Iain began his voluntary sector activity as Founder Member of the London International Piano Competition in 1991 whose initial Patron was HRH Diana, Princess of Wales.  He was a trustee of Tusk Trust (from 2002) and then Chairman of Tusk (from 2004 to 2013), and now leads its Development Board – Tusk Trust is the UK charity which protects wildlife, supports communities and promotes education in Africa whose Patron is HRH Prince William of Wales.  From 2013 to 2015 he was Chairman of Rainmaker Foundation, the philanthropic movement which connects people with causes they care about – whose Patron was Archbishop Desmond Tutu.  He is also Co-Founder and Chairman of the Online Radio Broadcasting Foundation, whose mission is “Giving People a Voice” through the power of online radio broadcasting.  He was Deputy Chairman of Global Philanthropic, an adviser to charities from 2008 to 2013.  He was Chairman of the International Boatbuilding Training College (“IBTC”) in Portsmouth from 2017 to 2019, and was appointed Chairman of Governors at Walhampton School in Hampshire in 2018.

He has two children and lives in the New Forest. His other interests include writing, music, aviation, the sea, Scotland and Africa.

The ultimate tragedy is not the oppression and cruelty by the bad people but the silence over that by the good people. 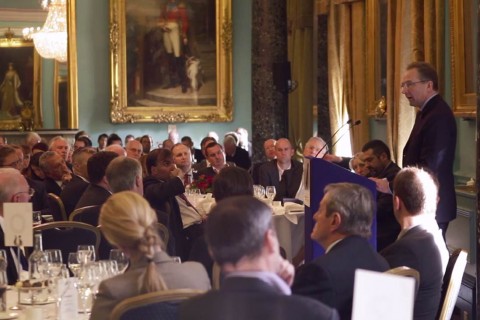 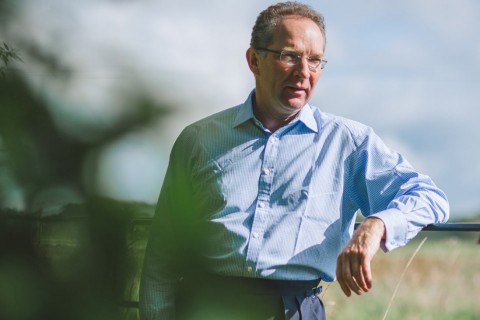 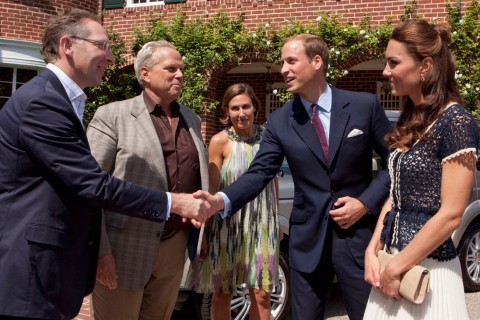 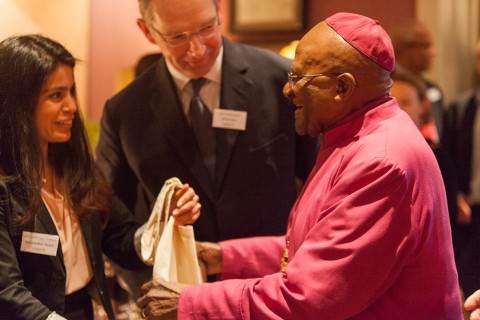